But really, this is supposed to be an agility blog and there has been very little by way of agility this summer.

The Dog. I don't know exactly what's wrong. Neither do the vets. Intermittent lameness, soreness, tightness. It makes showing hard and training impossible.  THAT in turn makes showing interesting!

So given the past few months, I wasn't looking forward to the Regional with much excitement. Mostly worrying that she would be ok, stress over not letting down my team- but she'd had a great weekend two weeks ago and seemed to be feeling good.


However, upon arrival... Bars, bars, bars. The Dog might knock one or two a weekend, not four in a run. Checked her out and found tell-tale heat on her back AGAIN. Off to the massage, Bat Cape on, and four hours rest gave me a much improved Dog later that day. The next morning she was knotted again but less so at least. The good news was that the massages helped a lot, and she was able to play in her classes. And she had a fun time- really! The Dog is an easy read inside the ring and she won't do things that hurt, which I am so thankful for.  She looked terribly wrong to start, but happy as can be once we got her fixed up. Whether it was me watching her instead of working the course, her feeling REALLY good after feeling bad, or the complete lack of training, we had an awful weekend result on paper, but I do love my fluffy girl. Seeing her bounce back and clown around was so cute. She did get her Challenge qualification with her one clean run, and I'm completely ok with quarterfinals. I'll just be grateful to run her without trepidation again and I hope we are on track for that now.  Rehab/conditioning program, here we come!
***
As for my Little Pup, she has been on a roll lately! Perfect Pup has been qualifying in everything and most importantly, become a real teammate.  She decided agility is AWESOME and is more than happy to play with me instead of visit and tend to her own agenda.  I no longer feel physically ill over running her and don't even yell at people for looking at her anymore (kidding! sort of...). We even apparently can run OUTSIDE now! Huge strides for both of us!

So, given that, I decided a few weeks ago that maybe I'd try and qualify her for Cynosports. She'd snagged her GP qualifiers early this year, so just needed Steeple. We had two chances before the qualifying period ended, and she managed to get one plus a security Q.  Then I'd entered her in the Regional mostly for exposure and had no expectations- but out of everything she could have done, she ended up with a Steeple Bye! Shocking. She *almost* had a MCJ Q- one little jump got missed at the end. Super run though; this girl is going to be FUN on those courses.

But she still gets to play in her first national! In the meantime though, The Pup is going to go to weave pole boot camp. She held her marbles pretty well- but her weaves are a low point apparently. She doesn't seem to like them too much (I think it bums her out to slow down and weave and not just GO). I need to help her figure out that weaves can be fast and fun too. Homework is good!
***
I'm glad to be home, but I'm glad we went. Fun travels with my travel buddy (though a serious lack of delicious beer made it harder to drink away the long trial days! What the heck MO!?). It can't always be the perfect weekend but some good things came out of it at least.  My sweet Dog WILL be better. The only thing I will be worrying about at Cynosport will be her DW exits! Ha! 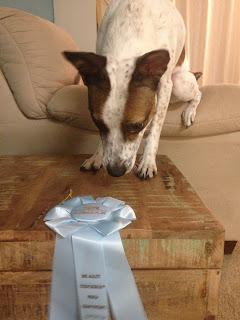 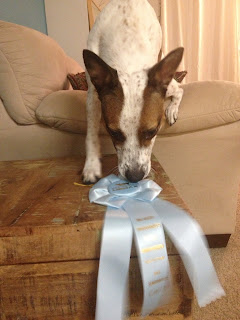 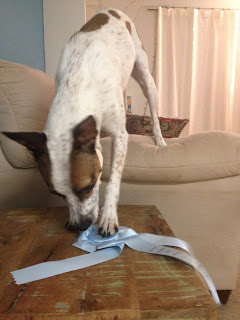 Posted by Shenna Lemche AKA Project Leader at 8:01 PM

I think we can all agree that you are never done training when it comes to an agility dog. To be really IN the sport, you need to evolve with it, incorporate new ideas, take the occasional assessment. Honestly now- who can't find something to improve upon? Well, I can. I can think of lots of things! So many, in fact, that it's time to make a plan. And time to put that plan into operation. It's time for Project GO dog.

Shenna Lemche AKA Project Leader
Since the dog in Project GO dog is pretty bad at typing, it falls to me, the handler, to keep this official record of our progress during the course of the Project. So I get to be the Project Lead, whether GO dog likes it or not!

Could Go here too...

Things to GO for:

*Learn turns off of the contacts to maximize the advantage of running.
*Re-educate The Dog on location and motion cues.
*Make extension default for The Pup.
*Independent weaves for all.
*Run.